Lest we forget: on Remembrance Day a group of Securitas ex-service personnel visited Normandy to honour those who died

A trip to remember

To mark the 104th anniversary of the Armistice in 1918 and remember others that have lost their lives in battle, five Securitas colleagues who are all ex-armed services travelled to France to attend the Royal British Legion British and Commonwealth Service of Remembrance at the British Normandy Memorial. It was a moving and unforgettable trip. 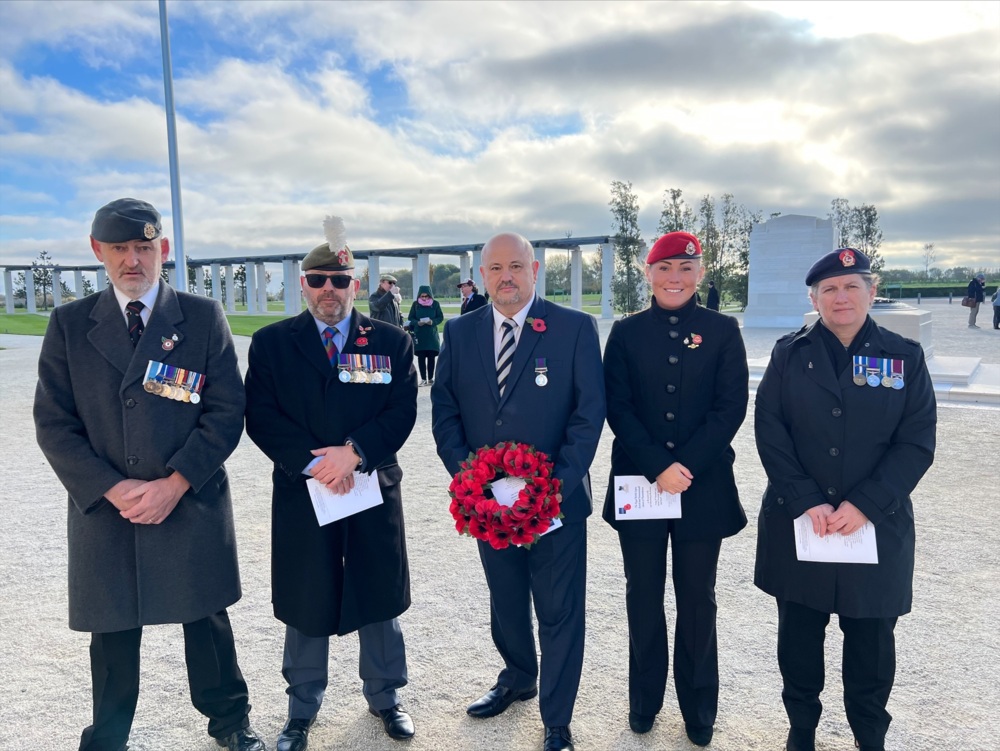 This commemorative visit to attend the 11 November Service of Remembrance at the new British Normandy Memorial was suggested by members of Securitas UK’s military veteran group. With many ex-service personnel employed in our business, the importance of honouring those who have lost their lives in battle is deeply felt. Country President Shaun Kennedy, himself ex-military, fully supported the funding of this trip by Securitas UK.

The five Securitas colleagues (pictured) who made the journey to France have, between them, over 90 years of military service, including time served in Iraq, Afghanistan and Northern Ireland. On the morning of Friday 11 November they wore their medals with pride as they joined the parade and Service of Remembrance at the British Normandy Memorial, which was only completed last year. Also present was 91-year-old British Navy veteran Stuart Miller who lives in France and has been instrumental in the creation of the Normandy Memorial site. “Stuart led the service and afterwards shared with us some of his military memories,” says Peter Savva, Head of Mobile, “He was a real inspiration, having given his whole life in service of Queen – now King – and Country.”

After the service, the group visited Pointe du Hoc, located between Omaha Beach and Utah Beach. This strategic site played a crucial role during the 1944 D-Day Landings and its battle scars are still visible today. “It was an honour to stand where so many had fought and died for our freedom” explains Securitas’ Julia Campbell, who served in the Royal Army Veterinary Corps from 1986 – 2008.

The group also went to the Overlord Museum which houses historic pieces from the Normandy battlefields, including a reconnaissance plane, a V1 flying bomb, armoured vehicles and artillery. The day finished with more quiet contemplation at Normandy’s American Cemetery. This tranquil but poignant site holds almost 9400 graves, with a further 1600 names recorded on the Wall of the Missing. 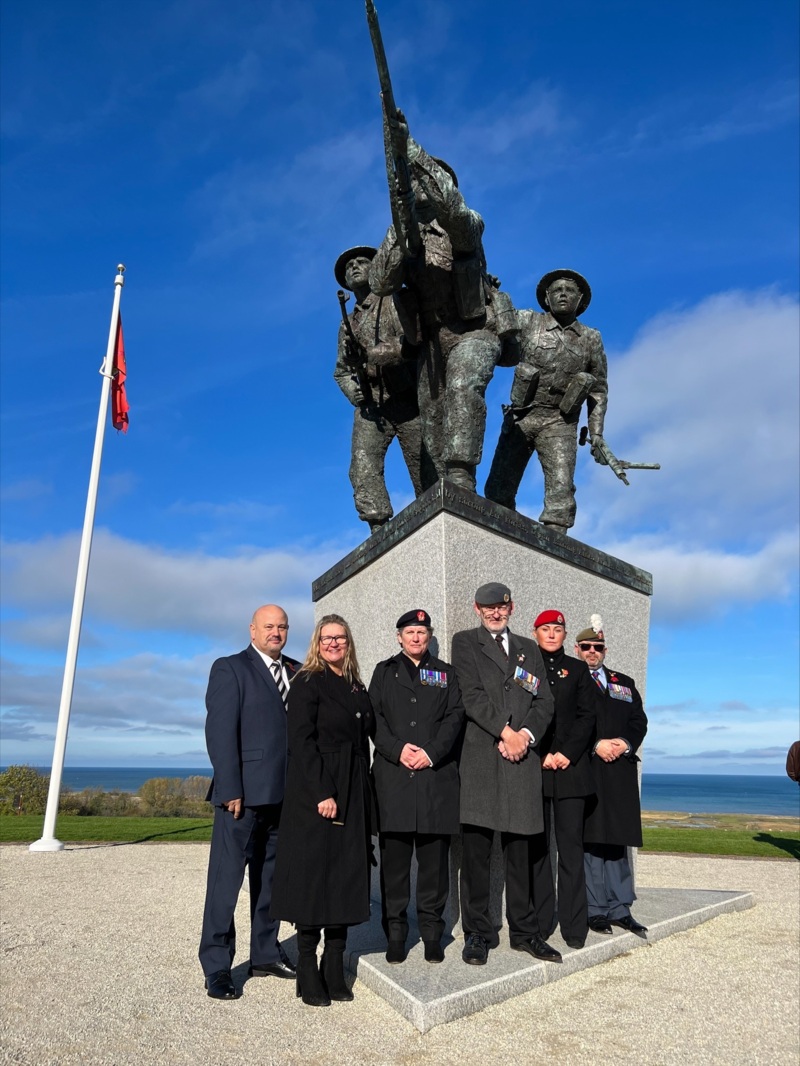 Proud to be there

Reflecting on the visit, Securitas UK’s Dewi Jones (Royal Welsh, 1993-2018) says, “It was a memorable day, and an honour to attend such an event.” His comments were echoed by his colleagues Christopher Howells (RAF Police 1986-2012) and Amber Bailley (Royal Military Police 2011-2013), who both felt privileged to pay their respects at such a significant time and place.

There are plans to repeat the visit for next year’s commemorations when other members of ex-service personnel within Securitas will be given the opportunity to attend. 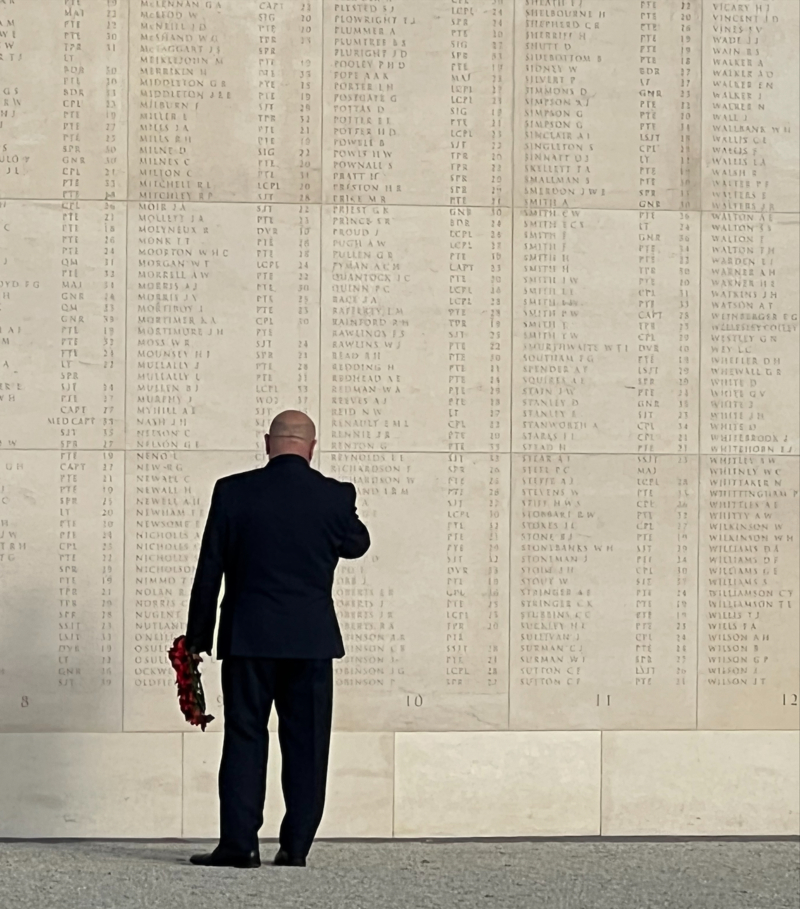 Read our articles below to find out more

Looking for the right CCTV system for your small business?

Start here If you can’t see it, how can you stop it? Find out how CCTV systems can help small businesses detect and deter crime

We help make your world a safer place. By providing innovative, high-quality and sustainable security services to our clients.