Shining a light on the ‘hidden workforce’

“You must stay at home.” Few will forget the instruction issued by Boris Johnson on Monday March 23 2020, signalling the start of the first lockdown. Although key workers were excluded from this order, in the very early days of the global pandemic it wasn’t clear if security officers had been defined as either critical or essential key workers.

The security industry moved quickly to demand clarification and James Brokenshire, Minister for State for Security at the Home Office, issued a statement confirming that “Security and fire safety personnel can play a vital role at this time of national challenge. People working in these sectors are essential to national infrastructure and are key workers.”

Throughout the pandemic, security officers have been deployed across an array of critical settings such as testing centres, NHS Nightingale hospitals and essential supply distribution points. They’ve secured business premises and industrial sites across the UK, many of which were almost deserted as staff worked from home and they’ve also helped safeguard the homeless.

Of course, security officers have been delivering these protective services for decades. However, the fact that their status as key workers had to be confirmed at the start of lockdown highlights how their contribution to the nation’s safety is largely overlooked. 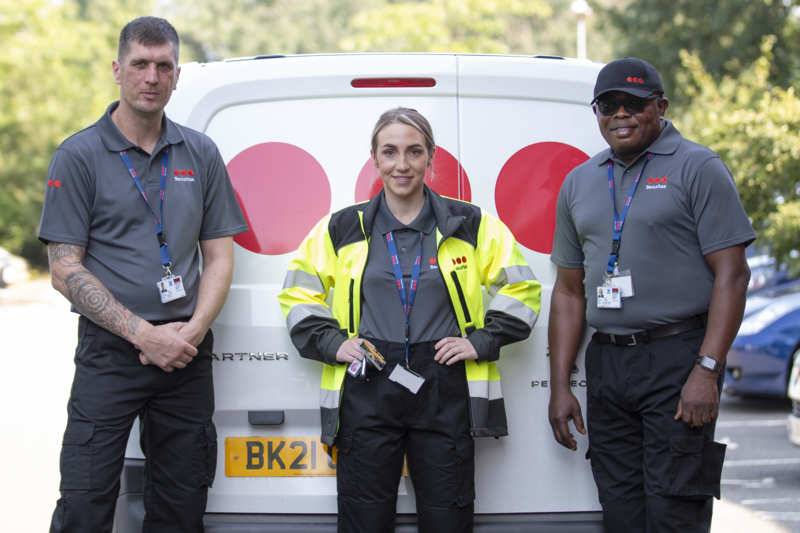 In order to change this, the British Security Industry Association (BSIA) launched a campaign to get personnel working in the security services industry the recognition they deserve. The mission? “To position the role of the security industry and those operating in the sector as respected, valued and professional; contributing to and creating a safe and secure environment, recognised as critical to protecting people, places, and property – a key service that is acknowledged and embedded in our daily lives as UK essential workers.” The campaign has now been expanded to the Security Commonwealth, of which the BSIA is a member, under the title of ‘Perceptions in Security’.

Only ranked one above traffic wardens

As part of their campaign, the BSIA have conducted a YouGov* survey to gauge the public perception of security officers. The results showed a significant lack of understanding and appreciation of the role:

Reflecting on the results, Rick Mounfield, Chief Executive of the Security Institute said “The public seem unaware of the critical roles security officers play in supporting the police in deterring crime and terrorism, let alone their intervention when theft, robber and attacks occur. The survey demonstrates that the average citizen in the UK pays little to no attention to what a security officer is doing.”

At Securitas, we select security officers whose values are the same as ours; officers who act with integrity, who are vigilant and helpful, and who have a strong commitment to their role. We are proud, but not surprised, that our officers have continued their essential work at sites across the UK, undeterred by the risks associated with the pandemic.

Needless to say, we strongly support the campaign to raise public awareness of the value of key workers in the security industry and one of the ways we are doing this is by sponsoring Gratitude, a public art project to thank all key workers for their work during the pandemic.

The installation will consist of 49 uniquely painted human form sculptures, all designed by individual artists, which will be displayed across four UK cities, starting Birmingham in August and ending in London in October when the sculptures will be auctioned to raise funds for NHS Charities Together.

“We are delighted that Securitas has agreed to sponsor one of the Gratitude exhibits.” says Mike Reddington, Chief Executive, BSIA. “Gratitude is a fantastic opportunity to celebrate the work of all key workers and specifically a great way to raise the profile of Security Officers working on the frontline in the security industry. The recognition of Security Officers as key workers is the start of a re-appraisal of the services, they provide in keeping people, property and places safe. As we exit lockdown and businesses start to return to normal, Security Officers will have a crucial role in supporting public confidence, particularly as we all start to navigate communal spaces again.”

“We’re committed to doing our part to change people’s perceptions of the role and value of security officers,” confirms Shaun Kennedy, Country President, Securitas UK. “Time and again our colleagues go above and beyond to protect people and property. They were doing this before COVID struck, and they’ve continued to keep businesses and local communities safe throughout the global pandemic.”