Securitas teams step up to a fundraising challenge

When Securitas UK Country President Shaun Kennedy challenged his people to raise funds for Calderwood House in Cumbria, the response was impressive. From climbing mountains to pulling fire engines (not to mention the creation of a monumental Malteser cake), read how Securitas staff teamed up to put the fun into fundraising.

Calderwood House helps the homeless get back on their feet by providing them with a place to stay and a 12-week recovery programme which helps equip them for a brighter future. The hostel gives priority to ex-service men and women and being ex-military himself and originally from Cumbria too, it’s a cause that is close to Shaun Kennedy’s heart. “Securitas is all about helping people,” he says “– indeed Helpfulness is one of our core values ­– so I knew my colleagues wouldn’t let me down when I challenged them to find ways to raise money for Calderwood House.”

Snowdon, the highest mountain in England and Wales, provided the setting for two separate challenges. The first was something of a military expedition as three members of Securitas staff (two of whom previously served in the British Army) tackled the mountain at full speed, each carrying a hefty 40kg on their backs. “The weather was against us, with rain, snow and hail,” says Harold Anderson, ex-Rifles, now a Securitas Branch Manager and one of the trio. “We decided to crack on to the summit without taking any breaks and we made it to the top in 2 hours 40 minutes.” And where others might have opted for a well-deserved hot bath and cosy bed, having completed their descent they pitched the tents they’d been carrying on their backs and spent the night wild camping.

The other Snowdon challenge was conducted at a slightly more sedate pace as over a dozen members of the Securitas UK management team tackled the 3560ft high peak. For several of them it was the first time they’d taken on such a challenge, but the camaraderie helped spur them on. “Climbing Snowdon to raise funds to help Calderwood House residents get back on their feet was an easy ‘yes’ for me,” says Tracey Hutson, Head of Marketing & Communications Securitas UK, (while admitting that the climb wasn’t quite as gentle as she had thought it would be!) “It was fantastic to climb with colleagues from Securitas UK, and even better that three new friends from Calderwood House joined us too. It was really humbling to hear about some of the obstacles the residents at Calderwood House face. The climb was steep, and my legs hurt for days afterwards, but every step was worth it.”

Stephen Pettit of Time To Change (West Cumbria) – the organisation that runs the Calderwood House project – who also took part in the climb, said afterwards “We were so well looked after by the Securitas team, they gave us a weekend we will never forget. But the thing that stood out above everything else was their genuine interest in us and what we do.” 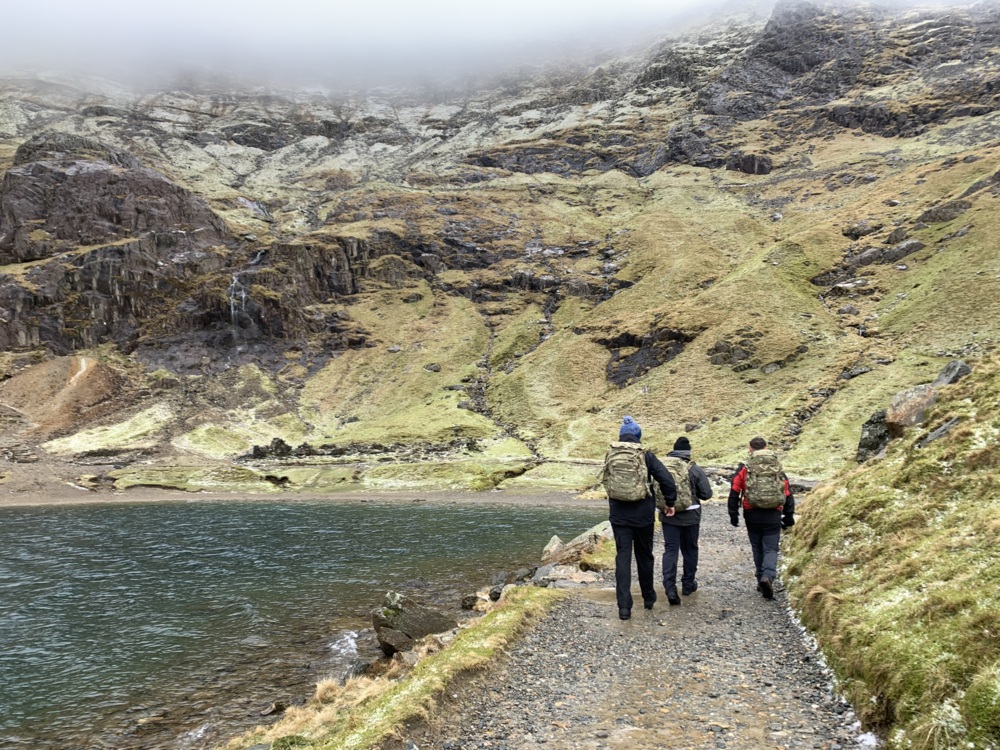 Putting their backs into it

The fundraising Fire Engine Pull was another great example of team effort which saw a group of Securitas Fire & Aviation colleagues drag a 12-tonne fire engine an incredible four miles. Fortunately, the Fire Service College, where the challenge took place, is built on an old airfield so there were no hills to tackle. “The toughest bit was getting the fire truck moving in the first place,” explains James Wallace, Securitas Training & Logistics Manager, who organised the activity. “We had ten people in harness at any one time, and another half dozen that we swapped in and out to enable breaks. It was hard work but a great team-building exercise, not least because – due to Covid – it was the first time some of our colleagues had met in person.” 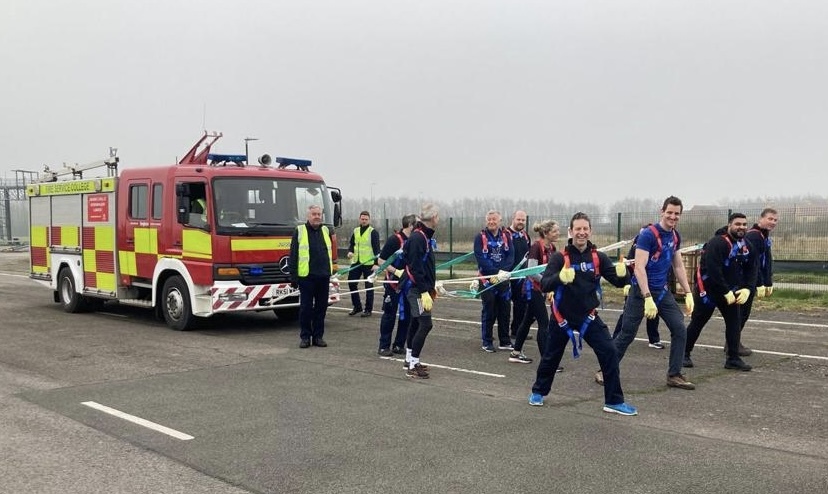 And the icing on the cake…

A less physically taxing (and some might say more tempting) activity was a challenge to correctly guess the number of Maltesers on a fabulous, gravity-defying cake in return for the cake itself – a baking triumph! In addition to all the above there have been Silent Auctions, Race Nights, Quiz Nights and an O2 auction for tickets to concerts by British rapper Stormzy and 80’s band UB40, plus a celebrity boxing night. All great fun and all making a significant contribution to the incredible £10,832 raised to date for Calderwood House. “Securitas have been such a vital support since we met with Shaun Kennedy in December last year” says Rachel Holliday, Founder of Time to Change (West Cumbria). “Our team are so energized by how quickly the business has been able to mobilize and support us with thousands of pounds of funding, equipment, minibus loan, training... the list really is endless. We opened the doors of Calderwood house in 2015 and since then we have helped over 350 people move on to a brighter future. Securitas investment has given our project much more flexibility to fund what is needed and I know our residents, staff and volunteers are so thankful to have built this partnership and be able to benefit from Securitas’ kindness.”

What accreditation from the Top Employers Institute says about us

Recognition and awards for our outstanding employees

“This year’s winners are an exceptional group of individuals and teams, who really have helped make the world a safer place.”

Securitas release Song for the Homeless

Securitas UK continue the tradition with the release of ‘Ascending’ – but behind this unique track lies not one tale, but two (which, as you’ll see, come together in perfect harmony).